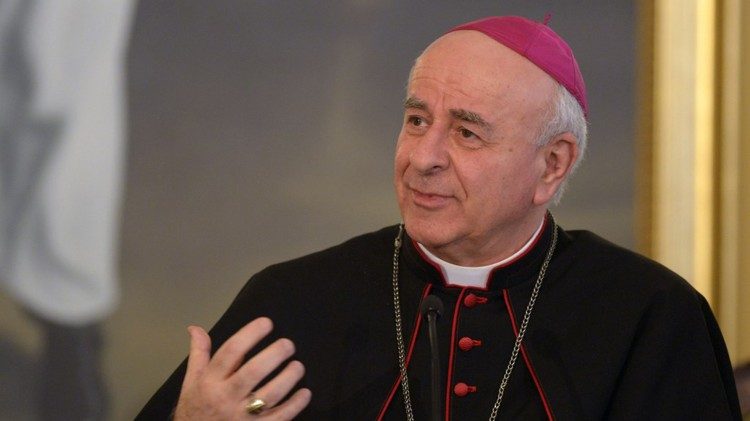 “In your work, may you always strive to promote the dignity and life of each person, and reject any compromise in the direction of euthanasia, assisted suicide or suppression of life, even in the case of terminal illness.”

Pope Francis makes this appeal to healthcare professionals in his message for this year’s World Day of the Sick on 11 February.  “Life must be welcomed, protected, respected and served from its beginning to its end,” says the Holy Father in his message released on Friday.

According to Bishop Vincenzo Paglia, the president of the Vatican’s Pontifical Academy for Life, it is a stand that is taking on an increasingly inter-religious and even secular dimension.

In an interview to Vatican Radio, he noted that in October, the representatives of the Abrahamic monotheistic religions had handed over to the Pope a signed common document, which condemned euthanasia and assisted suicide, and encouraged accompanying the sick and palliative care everywhere and for everyone.

Around the same time, he said, a secular institution like the World Medical Association, had also expressed its stand against euthanasia and assisted suicide.

Archbishop Paglia said that it is very important for medicine and doctors to rediscover their duty.  In this regard, the Pope calls for a personalized approach to the sick, not just of curing but also of caring, in view of an integral human healing.  Even when we cannot heal, the fundamental action is to remain close to the sick, never abandoning them, especially those in the most difficult or weakest situations.

The 74-year old archbishop said that we must flee the temptation of an omnipotent medicine that, when it fails and cannot heal, it must withdraw.  This is a technical position based on efficiency that is detached from the humanistic perspective.

Regarding Pope Francis’ support for conscientious objection regarding issues such as euthanasia and assisted suicide, Archbishop Paglia said that his contacts with the World Medical Association have been positive, because a doctor’s healthy conscience has been formed to heal, not to eliminate.

Archbishop Paglia said that palliative care is promoted in all countries because of the fear and terror of pain and loneliness.  But if all this is defeated, the strong desire to shorten one’s life will be done away with.  Palliative care, the archbishop said, wants to accompany and surround the life of the weakest with the cloak of love.