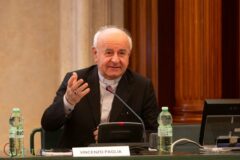 EQUITY IN HEALTH AND WELLNESS: HEALING AND TRANSFORMING THE SYSTEM TO DELIVER A SINGLE STANDARD OF CARE The changes that society has undergone in the Western world have led us to reflect more deeply on the task of medicine and on the way it deals with disease and the promotion of health.  The dizzying increase in scientific […] 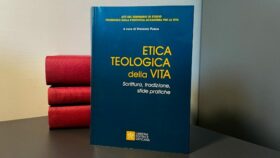 The Vatican Publishing House published a text entitled Theological Ethics of Life. Scripture, tradition, practical challenges. The volume collects the Proceedings of an interdisciplinary study seminar promoted by the Pontifical Academy for Life. We discuss it with Archbishop Vincenzo Paglia, President of the Pontifical Academy for Life and editor of the book. Archbishop Paglia, the […] 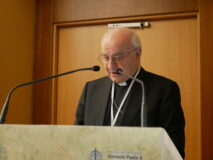 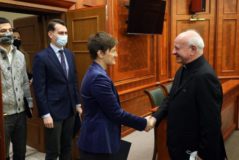 Prime Minister Ana Brnabic said today during the talks with the President of the Pontifical Academy for Life and Grand Chancellor of the John Paul II Pontifical Theological Institute for Marriage and Family Sciences, Monsignor Vincenzo Paglia, that the relations between Serbia and the Holy See are without open issues, stable and characterised by mutual […] 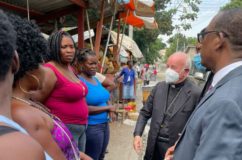 VATICAN CITY — The world can no longer ignore the suffering of the people of Haiti, an island that has been exploited and pillaged by wealthier nations for centuries, said Archbishop Vincenzo Paglia, president of the Pontifical Academy for Life. In an op-ed written following his Oct. 17-19 visit to the Caribbean nation, Paglia hoped that […] 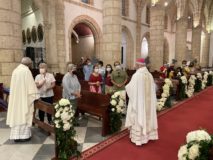 Mark (1:29-39) I chose to preach about this Gospel passage because it provides a model for what we are doing together during this Somos Healthcare Providers Conference.  It is no coincidence that you have chosen to begin the Conference with the celebration of a Mass at the National Shrine of Santo Domingo.  In this passage, […]