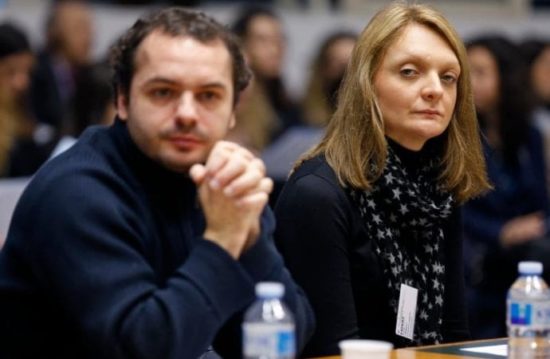 ROME – The withdrawal of nutrition and hydration from a patient whose body can absorb them is a “serious violation” of the person’s dignity, said two Vatican officials.

“The continuation of assistance is an unavoidable obligation,” said Cardinal Kevin J. Farrell, prefect of the Dicastery for Laity, the Family and Life, and Archbishop Vincenzo Paglia, president of the Pontifical Academy for Life.

The cardinal and archbishop issued a statement May 21 regarding the case of Vincent Lambert, a 42-year-old French man who has been in a vegetative state since being involved in a motorcycle accident in 2008.

His wife and six of his siblings have supported a recommendation made by doctors in 2013 that the provision of nutrition and hydration through a gastric tube should be stopped. Lambert is able to breathe on his own.

But Lambert’s parents and two other siblings have been fighting the decision in courts, insisting that nutrition and hydration are not extraordinary measures of prolonging his life.

“In France, in 2019, no one should die of hunger and thirst,” his parents said in an open letter to French President Emmanuel Macron.

After a court ruled in the wife’s favor, doctors in Reims began withdrawing care. However, a few hours later, an appeals court reversed the decision May 20 and ordered a resumption of tube feeding and hydration.

Farrell and Paglia said they fully supported statements made by Archbishop Eric de Moulins-Beaufort of Reims about the case, and they wanted to emphasize the Church’s position that withdrawing nutrition and hydration is a “serious violation of the dignity of the person.”

Being in a “vegetative state,” they said, “does not in any way compromise the dignity of persons who find themselves in this condition, nor their fundamental rights to life and to care, understood as a continuity of basic human assistance.”

“To nourish a sick person,” they said, cannot be considered an extraordinary measure unless the patient’s body is unable to absorb it or unless it provokes “intolerable suffering.”

The cardinal and archbishop said they hoped “effective solutions for safeguarding the life of Mr. Lambert” could be found quickly and they assured the family of the prayers of Pope Francis and the entire Church.