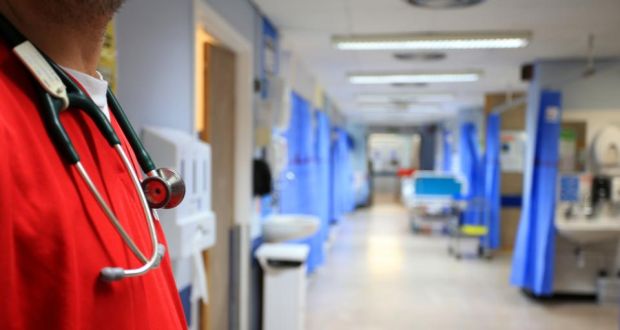 Irish Catholic hospitals who perform abortions ‘fail to be Catholic’

Irish hospitals with a Catholic ethos cannot perform direct abortions and church leaders and the hospital trustees must make that clear to the government, the director of the Iona Institute has said.

David Quinn was responding to Taoiseach Leo Varadkar’s comments in the Dáil in which he said provisions for conscientious objection would apply to individual doctors, nurses and midwives who do not want to participate in providing abortion services, but “it will not be possible for publicly funded hospitals, no matter who their patron or owner is, to opt out of providing these necessary services”.

Speaking to The Tablet, David Quinn said, “There is no way that any hospital called Catholic can perform direct abortions” as it was “repugnant to their ethos”.

Those that do perform abortions “fail to be Catholic” and it was “incumbent upon church leaders and the hospitals to make that clear to the government.”

“There comes a point at which you have got to stand your ground and say we cannot obey that law if it requires us to carry out direct abortions,” he said and added, “just because hospitals are publicly funded does not mean they have to be uniform”.

In their statement following their summer general meeting the Irish bishops said the right of conscientious objection of healthcare professionals must be respected.

They also warned that those who refuse to be involved in abortion services on grounds of conscientious objection should not be expected to refer women to other health professionals willing to provide abortion services.

Such a requirement would be a great injustice and a serious violation of conscience, the bishops warned and would only be “a way of pretending to respect freedom of conscience while actually requiring one person to cooperate in what he or she sincerely believes is the wrong-doing of another” and would be in contravention of the Code of Ethical Standards for Healthcare provision on conscientious objection.

Separately, Archbishop Vincenzo Paglia, President of the Pontifical Academy for Life and a previous President of the Pontifical Council for the Family, told the Sunday Independent that “the Church cannot be a party to the dirty work of others [abortion]” and that the Church could not be “complicit in the cold-blooded aiding of the dirty work of death”.

Speaking about the abortion referendum, he said, “You have to acknowledge that the recent history of the Irish Church is one of enormous problems and it is clear that the way that this whole matter worked out [the referendum] was greatly influenced by those problems, by that climate.”