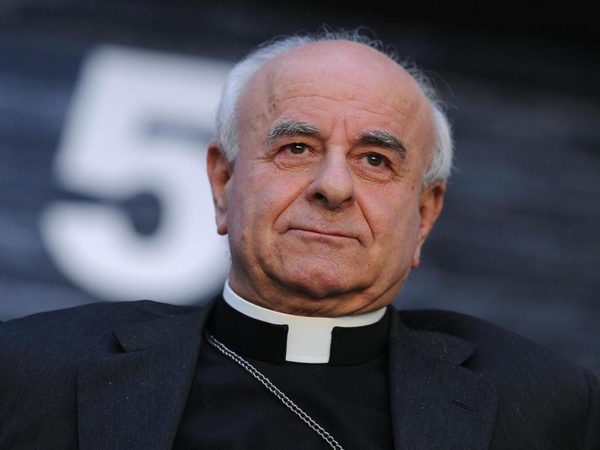 On Being Catholic Healthcare Professionals in the Time of Pandemic

Let me first thank Doctor. Vincenzo De Filippis and Monsignor Jacques Suaudeau for their invitation to open this meeting of the FEAMC Bureau with a brief reflection on being Catholic doctors in this time of pandemic.  It is a reflection that takes on special meaning because of the liturgical season that we are in now:  Lent – a time of spiritual renewal and conversion – is now coming to an end.  We are at the threshold of Holy Week.  And there is also a coincidence that makes our brief pause for reflection even more meaningful.  Exactly one year ago – it was March 27 – Pope Francis appeared alone, with no one next to him, in an empty and rainy St. Peter’s Square, to stand before God to invoke His mercy in the middle of a pandemic that had affected the whole world.

Society, Politics, Medicine, Economics, Technology—all were powerless in the face of the strength of just one molecule:  a tiny thing that is not even alive.  Pope Francis, with nothing but his words, stood before God to intercede.  At that moment, he felt his responsibility for the whole human family.  He didn’t run away; he didn’t give up.  He went out into the public square to say to God, “Do you not care if we perish?  Save us!”  He said this not for himself or for just his flock, but for the whole world.  He stood there, a weak and humble old man, between God and the people, not just those in the square, but in the whole world.  We might say he stood up to the Lord, knowing that He is the Father of us all, the God of life who has so often freed humankind from the prisons of history, putting the world back on the right path.  This is an image that still speaks today.  This image is perhaps the most urgent message for our times—keep your gaze fixed on Him.  I’m convinced that it is on Him that we must keep focused.

It’s now one year later.   We have more than simply felt the fragility that is part of all of us.  It is for that reason that the first thing to do is to keep our gaze fixed on the Lord.  The gap between death’s ability to destroy us and our own inability to defend ourselves is just too wide.  A global anguish has gripped our world and has sundered the heavens.  It shakes God’s very stillness.  No one of us is unknown to Him, not after the Son lived with us and was crucified.  And there is no other God but Him.

It is certain that we cannot close our eyes to what has been happening.  To the contrary, we are called on to be very aware of the present reality.  That evening last year Pope Francis said, “Greedy for profit, we let ourselves get caught up in things, and lured away by haste.  We did not stop at your reproach to us, we were not shaken awake by wars or injustice across the world, nor did we listen to the cry of the poor or of our ailing planet. We carried on regardless…”[1].  Now, look where we are.   The following May, in his Pentecost homily, he added, “Even worse than this crisis is the tragedy of squandering it by closing in on ourselves.”[2]  As doctors – not forgetting the centrality of prayer – it is useful, indeed necessary, to ask ourselves how to help society build a better future for all.  And it is in this forward-looking context that we can ask ourselves some questions.  What are we learning from the difficult experience of this global pandemic that is shaking our world?  What lessons can we learn that in the coming years will affect our commitment, not only as believers, but also as doctors?

I will try to offer answers to these questions, focusing in particular on three words–health, science, profession (medical).

The same can be said for vaccination.  By protecting myself I protect others, both because I reduce the number of hosts in which a virus can replicate itself, and because if I remain healthy, I avoid overloading healthcare systems that are already under stress.  We know how important this is not only for Covid sufferers, but also for those afflicted with other diseases.  For example, deaths from heart attacks and cancer have increased.  We have learned that healthcare delivery systems fared better where there is an appropriate balance between hospital treatment of diseases and territorial networks of assistance and disease prevention. Likewise, systems that have become unbalanced in favor of disease treatment to the detriment of prevention have lost effectiveness.  This is an important subject for future reexamination and restructuring.

Certainly, the circumstances of the pandemic are, and have been, exceptional, but they have revealed a level of commitment that does not need an emergency situation to be called into action.  Healthcare personnel could not have worked in the ways that have given rise to such gratitude and recognition if that had not already been their normal way of serving.  Even in everyday practice there is an attitude of self-giving that makes it possible to deal with critical situations when they happen.  It is a commitment that not only promotes life, but promotes the desire to live, encouraging the recovery of health.  And when healing is not possible, healthcare professionals accompany the patient in helping him or her accept the limits of medicine and the approach of death.  This accompaniment is the expression of a shared search for meaning that is revealed in the doctor-patient relationship, and that is not diminished when limitations are encountered.  Accompaniment can thus be a place of encounter and solidarity, just as the Lord Jesus has shown us by becoming a man, being born of a woman, and taking on the evil that weighed on history until He was raised up upon the Cross.

Once this pandemic is over, we need to deepen our understanding of the way others have been taken care of during the present crisis.  In order to consolidate this awareness, it is important to encourage times and spaces for shared clarifying and reexamining what has happened, failures as well as successes.  The experiences of those who have benefitted from healthcare services must also be listened to.  Doing so will make it possible to take into account the relational aspect of medical practice, as opposed to its purely technical aspects, and thus avoid its being reduced to a series of clinical and organizational protocols, while at the same time giving greater value to the resultant interpersonal encounters that will hasten the increasing maturity of our shared humanity. 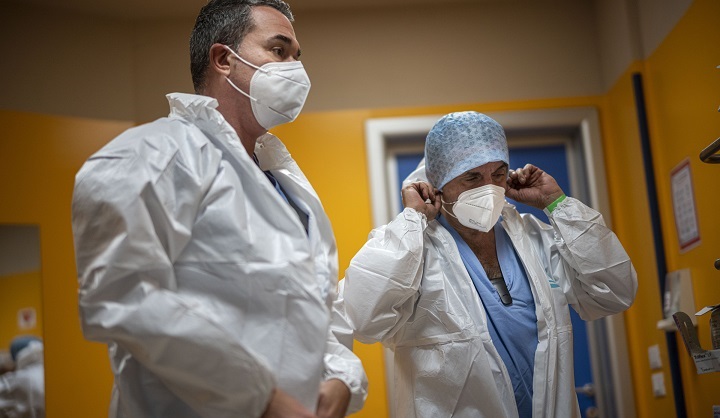