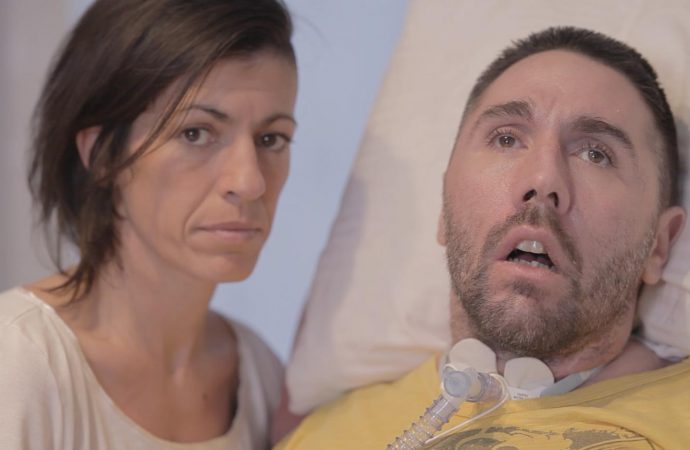 Pontifical Academy for Life speaks up in polarizing euthanasia debate

ROME – Euthanasia took center stage this month in Italian politics after a polarizing case of a blind and quadriplegic man who fled to neighboring Switzerland in order to receive assisted suicide, which is illegal in Italy.

“Ending a life is always a defeat,” said Archbishop Vincenzo Paglia, president of the Pontifical Academy for life. “All of this must make us all sad, and also make us ask some questions.”

Paglia’s remarks were discordant in an ocean of sympathy that swept over Italian politics and society concerning the decision by Fabiano Antoniani, 39, to end his life after almost three years of being confined to his bed.

Fabiano Antoniani (Fabo) made a video on January 19 of last year begging the president of Italy, Sergio Mattarella, to help him in finding a way to die. The video made by the Luca Coscioni Association for the freedom of scientific research and voiced by Fabo’s girlfriend Valeria quickly became viral and spurred conversations over every Italian dinner table.

The video describes two Fabo’s. The first part shows a young and dynamic man who loves to travel, does motocross and livened the Italian night scene as a DJ. The second shows Fabo after his car accident on July 13, 2014, which broke his C3 and C4 vertebrae and left him blind and quadriplegic.

The video received no response from political representatives though it reawakened the debate surrounding the issue in the country.

According to Fabo, he did not give up immediately and after pursuing possible solutions at the hospital he even ventured to India in search of alternate medicines. None were successful and Fabo returned home desperate and incapable of imagining happiness in his life.

It was the blindness that got to him, he said in an interview on the Italian TV program Le Iene. He could not stand to live his life in the dark, a gasping Fabo told the reporter, as he lay surrounded by pictures of his old self, which he could no longer see.

Physician Angelo Mainini, heath director at the lay “Maddalena Grassi” foundation, was in charge of preparing the rehabilitation plan for Fabo. “We visited his home five day a week. He actively collaborated, he had a great desire to make it,” Mainini told Italian Catholic newspaper Avvenire.

Fabo made up his mind that he was going to end his life by going to Switzerland where it is possible to receive assisted suicide. Physician-assisted suicide has been legal in Switzerland since 1942, although doctors can only prescribe drugs for the purpose – they can’t actively administer the drugs.

Over the years, “suicide tourism” has increased to the country,  and Swiss organizations with names like Dignitas and Exit actively publicize their activities across Europe. Over a thousand people were killed through euthanasia in Switzerland in 2016, over twice the number from just five years before.

According to Italian law whomever helps a person visit a country for the purpose of euthanasia is guilty as “an assistant to suicide,” hence the video by Fabo to the Italian President asking for his intervention.

“I value life based on quality, not quantity. I can’t bare to live in pain anymore,” Fabo told reporters after being asked if he was certain of his decision. “I will go with a smile, I will go free.”

READ THE FULL ARTICLE IN CRUX